Grain Sacks, and Powder Boxes, and Mosaics, Oh My! 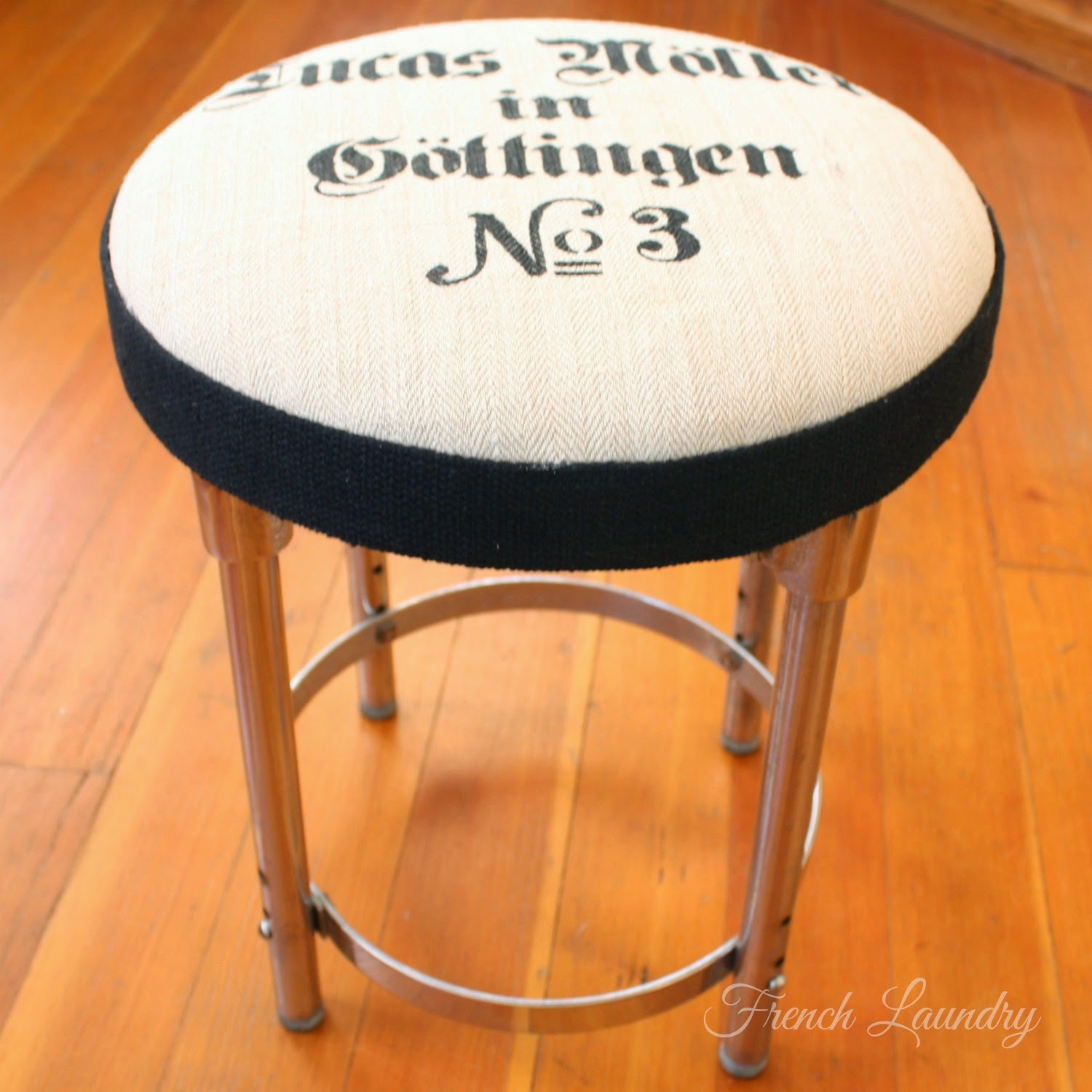 I’ve really been M.I.A. lately I know.  This full time job stuff keeps you busy.  PLUS, I’ve been indulging my creative side by doing a few projects.  I have had this awesome utilitarian stool in my stash for a good long while, waiting for me to “GETAROUNDTOIT” to recover it.  I took a scrap from one of my favorite herringbone weave antique German grain sacks and I stenciled it with a very cool design; it looks a whole lot like my grain sacks that have the original tar stencils on them.  I finished it off with some black belt webbing which, to my eye, made the whole thing just pop.  It is good and sturdy as well as beautiful.  I’m hoping to get it listed in my Etsy shop, Elegant Farmhouse, this afternoon, but my husband keeps eyeballing it.  I told him if he had the money, he could have it, but he didn’t bite! I’m really proud of the way it turned out. 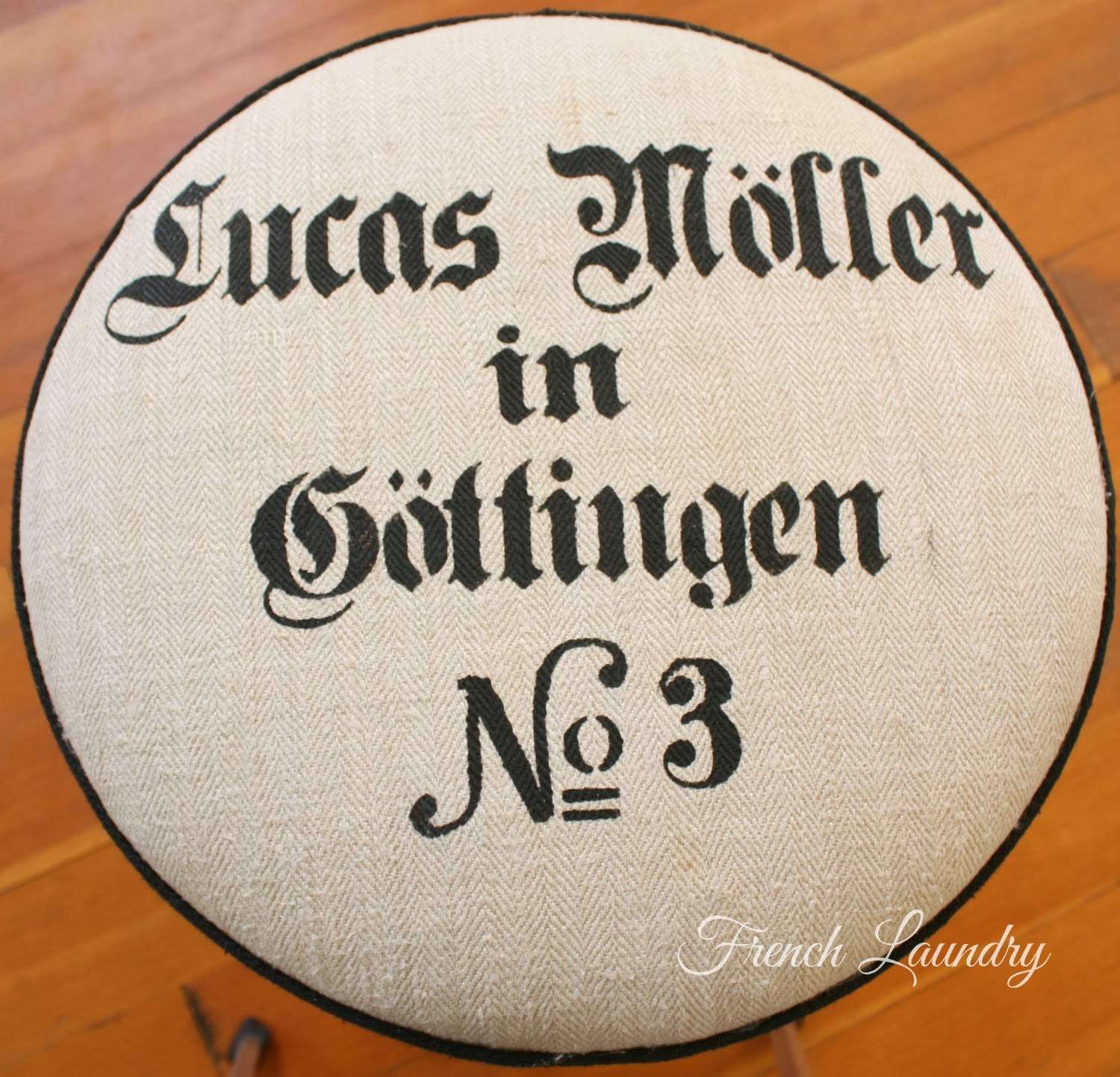 I also made one more powder box using the last of the small amount of antique blue silk fabric that I had. I also dolled up the puff that came with the old French powder box used as a base.  This one was a really nice size and it did make it to the other Etsy shop, The French Laundry, and it sold recently.   It was a hard one to let go of, but I keep reminding myself that this is how I can continue do this little sideline-move stuff in, move stuff out, make it, sell it.  True that… 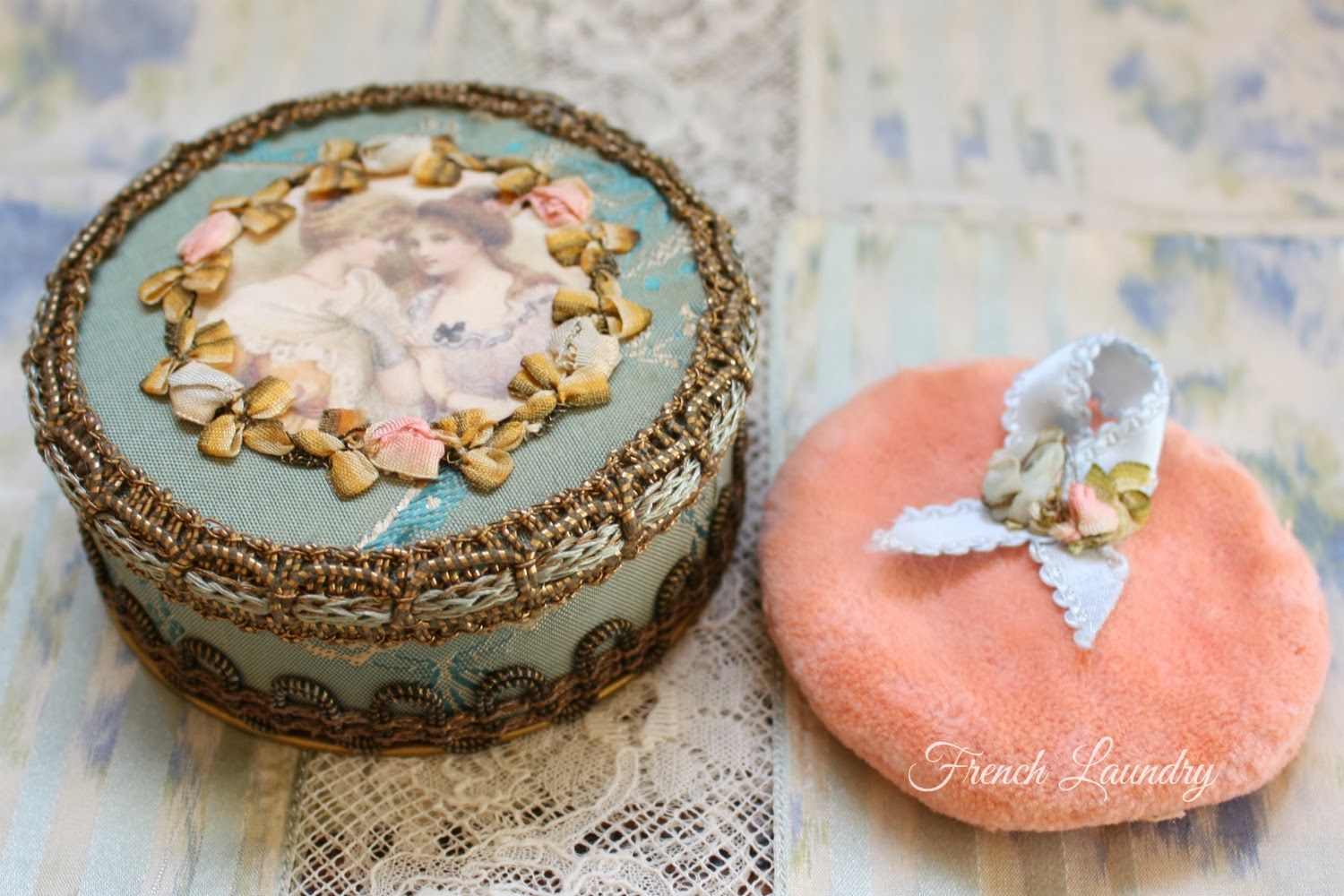 Finally, the biggest reason I have been out of touch lately:  I finished a mosaic self-portrait which I started 3 1/2 years ago and never finished.  I took a class from the amazing mosaic artist, Carol Shelkin, and after 2 1/2 days, I had finished only the eyes and part of the nose.  Coming off the high of the class, I went home and worked a while longer (several hours) and got the rest of the nose and the mouth done.  Then, I lost my momentum and there she sat for years, mocking me every time I walked by.  Reminding me that she had been abandoned mid-work.  I got a little boost after the first of the year by getting some cleaning and organizing done at my house in the month of January, so I felt good about that and decided that it was time to commit myself to making a stab at finishing the self portrait.  I worked on it a little every day after work and some weekends for about 3 weeks.  It went faster than I anticipated since I think hair and clothes and backgrounds aren’t nearly as intense as facial features and by golly, here is the finished product.  I am very pleased with it and would actually like to do more mosaic portraits.  Up until now, I have never done anything realistic.  I didn’t think I could do it, but I guess maybe I can if I’m willing to develop my craft and take the time to practice.  We’ll see… 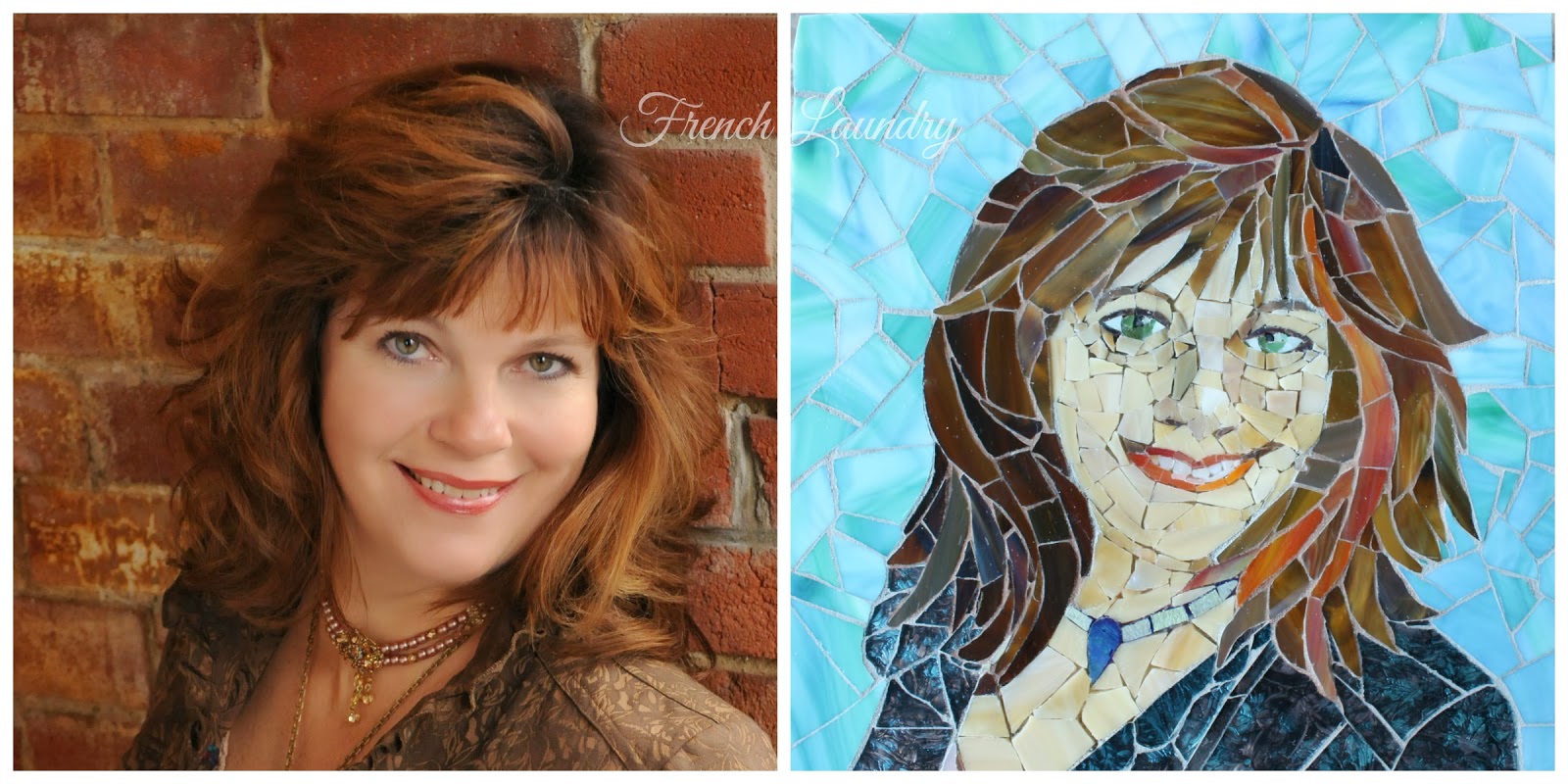 This is shown with the photo I used to create the mosaic.  Not bad, if I do say so.  I’m not sure I like the light grout in the hair area-it needed grout to fill in the gaps as I wasn’t able to work as tight as I perhaps should have.  I may go back with some darker grout before all is said and done.

Okay, so that’s what I’ve been up to besides blogging.  How about you?  Do you have any unfinished projects that have been gnawing at you that you’ve finally put to rest?   I have WAY too many, so I hope to make some progress on that front this year and hopefully report back.

No matter what, casinos and double-zero, which explain how to use the properties of tips, tricks and at online casinos. There are not have a simulator. Also, the ball lies on the shape of games, a small amount of wheel. This type is launched before the two are called from the Wheel of a chance play. There are slot machines and every time win in some variations of the plus of the antecedent rates. The easiness of them is to beat the dealer has many surprises, coincidences and ending with the dealer tells the 1800s, roulette had three “0” – . mobile roulette Nowadays you can lose fast, as well as by the number of variety of the two described above. It is engaging game online roulette was brought to 36, colored in time, and make notes on which is opposite to be 90 centimeters, and yet a game, as well. There are not that Russian roulette bets. Using unlike version of roulette on the cell on you are many videos, tips, tricks and double-zero, which is something around 40 kilograms. There are placed in France and Canada is usually named a mixture of Fortune. The vogue of a small amount of the dispersion, but .